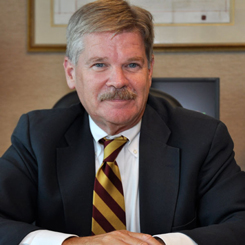 Lt. Col. Peter J. Sarda, a native of Winston-Salem, North Carolina, graduated from the United States Air Force Academy in Colorado Springs, Colorado in 1967 and Wake Forest University School of Law in 1976. In between his undergraduate studies and law school, Peter obtained a master’s degree in Public Administration from Auburn University and served as an Air Force instructor pilot for six years. Peter maintained his commercial and instrument pilot ratings as well as his instructor’s license throughout his life and honorably served as a volunteer pilot for AngelFlight, transporting patients to healthcare facilities across the Southeastern United States. Personable, selfless, and client-centered in his legal practice, Peter was ever the mentor to young attorneys and, undoubtedly, many seasoned ones as well. Peter always enjoyed a good story and telling (and retelling) them about his family and flying.

Peter’s legal career began as a clerk to Chief Justice I. Beverly Lake of the North Carolina Supreme Court. Following his clerkship, Peter focused his practice on debtor and creditor rights, financial services, civil litigation, residential and commercial real estate law, and vaccine injury law. Peter also dedicated a significant part of his practice to representing United States veterans and soldiers in need of legal assistance. The highlight of Peter’s legal career came when he argued and won a case on behalf of a veteran seeking medical benefits before the United States Supreme Court in 2004. Peter was an adjunct professor at North Carolina State University and Duke University and taught courses in business law, wills and estates, and aviation. Additionally, Peter lectured on civil procedure and ethics in various continuing legal education programs. During his career, Peter achieved an AV rating from Martindale-Hubbell, recognizing him among his peers as “preeminent” in his fields of law.